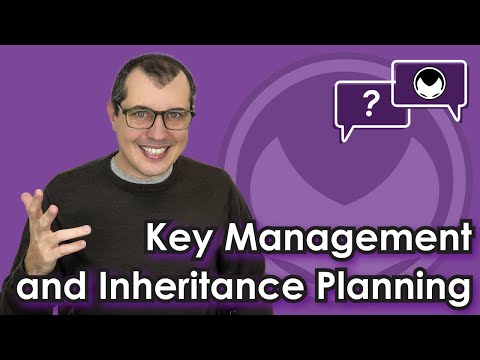 Place to talk about the Karbon app!
[link]

SafeCoin is a proposed solution that is based on a well established and time tested Bitcoin algorithm and extends it to address issues of security and deflation.
[link]

For cryptos like Bitcoin managing risk may be tricky, not impossible, here's why

This post was originally published on this siteThis post was originally published on this site“We simply attempt to be fearful when others are greedy and greedy when others are fearful” Warren Buffet’s quote may sound like a cliche when discussing risk management in a crypto portfolio, nevertheless, it is true. Recently, on-chain analyst @DaanCrypto suggested risk management techniques for crypto traders in […]

I do have a Ledger nano S with firmware 1.1.5 which is no longer supported by chrome, android (bitcoin manager) or ledger live. In the company site they say to send it. Is it done with all cryptocurrencies within it??

Can someone give me some help please w.r.t. the Luno website? Specifically, when I use Google to find the Bitcoin price, I see 1Btc = R30245. But on the Luno website it shows 1Btc = R38576. I have read through the Luno help files, and I don't see them explaining this discrepancy.
And then secondly, being a noob with Bitcoins, I tentatively deposited R50 (to test), and then this morning it had cleared, and I then bought Bitcoins (0.00128). It this bitcoin (or part thereof) connected to a unique identifier? I am reading up still to understand, and this is my understanding of it, but no where on the website can I find this unique identifier.
Generally I have found the Luno help quite good for the basics on bitcoin itself, but their help doesn't always tie up to what their website looks like, and there isn't a direct email address I can use to ask them.

Microsoft rejected my Bitcoin wallet app. How long can Windows Phone afford to remain the only mobile OS that doesn't allow bitcoin management?

I recently started to develop a Bitcoin wallet app (Blockchain.info client) for Windows Phone, as it's currently the only OS that doesn't have one.
Here's an introduction to Bitcoins
Here's the original Windows Phone Bitcoin wallet thread on /bitcoin.
Here are some early screenshots of the app.
Two weeks ago, I submitted the application to the Windows Phone marketplace for certification. Unfortunately, Microsoft rejected my app. They said that they wouldn't allow any kind of transaction to be made natively (all transactions must be done in an https browser view, which defeats the purpose of an app). I argued that many other apps did allow payments to be made directly from the app experience (no browser view), but they still refused. They simply rejected my submission, without providing reference to any specific certification requirement.
Based on what they told me, it seems like there's no way Microsoft is going to accept a bitcoin wallet (or any app allowing transactions) which does not rely on web views.
iOS allows bitcoin wallets. Android allows bitcoin wallets. Why can't Windows Phone allow them too?
With bitcoin adoption increasing as quickly as ever, how long can Windows Phone afford to remain the only mobile OS that doesn't allow native bitcoin management?
EDIT: Just to make things clear, Microsoft did not explicitly prohibit Bitcoin apps. They simply reject apps that make third-party transactions natively. Such transactions can only be made in a browser (embedded or not) with a visible andfully editable HTTPS/SSL address. Other major mobile OSes, such as iOS and Android, don't have such limitations. Coinbase for iOS or Blockchain for Android, like they currently behave, would not pass Microsoft certification.
EDIT 2: Here's the latest reply they sent me:


Applications which process or allow payments must do so external to the application, as yours does, via web control. However, the address bar must be visible to users so they may verify the secure connection (https://). We will be updating our public facing Policy soon, to make these requirements clear before developers submit their applications. In it's current form, Blockchain will not pass certification. You will need to update the application to make the address bar visible to users.

the point where bitcoin managed to overcome the 9000usd barrier..

I've been working on a project for a while now I call Prospector. Prospector was originally designed as a tray icon application that would keep an eye on my GPU's and relaunch them if there was a failure, reboot, etc.
That evolved into adding support for reading back account data on Slush and GHash.io. Then it evolved to include market prices. You know how it is, standard feature creep.
Getting close to a stable public release, I'm working on adding support for interfacing with GPUs, BF1 USB miners, Antminer S1's and any other miners I can get my grubby paws on.
The end game idea is to automate as much as possible with a single tray app running, watching the workers, buying and trading GHs, with the framework for remote control via android app to allow for monitoring on the go.
I do NOT want to replicate the behavior of blockchain and I do not want to gamble with people's wallets, so those modules are way out in the future, if at all.
What I'm hoping for is input from from folks about features you would like to see. Is a full blown currency converter, which is regularly available everywhere, something even worth integrating? Is displaying BTC in the title something you'd like to see? etc. etc.
Anyone that has a suggestion that is implemented will be tipped and acknowledge in the About dialog.
Prospector itself will be freeware, supported only by the fact that I write software to fill my needs and the occasional donation.
Image Gallery: http://imgur.com/gallery/FyALX
And the title should have said RFC (Request for Comment)

I'm considering buying an Intel NUC (Next Unit of Computing) system for managing my Bitcoin transactions and wallets. Basically what I'm thinking is to get one with a chip that supports VT-d (hardware passthrough) and a third party PCIe Mini graphics card. Then I would want to do this:
Anyways, I know I could just set it up purely as an offline system and use it for paper wallets without all the VMWare frippery, but I'm trying to figure out what I'd want a 100% Bitcoin home console to look like. It'd be like my own personal bank at home. Any thoughts? Waste of time?

Best data for monitoring the 'success' of Bitcoin management?

How does the average person solve the "$5 wrench problem" / prevent rubber-hose cryptanalysis? What is the easiest way to do a multi-signature or multi-facto... www.eayl.co.ke Enjoy the videos and music you love, upload original content, and share it all with friends, family, and the world on YouTube. Twitter: https://twitter.com/intocryptoverse Telegram: https://t.me/intocryptoverse Discord: https://discord.gg/wN7Au2N Facebook: https://www.facebook.com/gr... Contact: http://Twitter.com/btcfundmanager and http://bitcoin-fund-manager.com